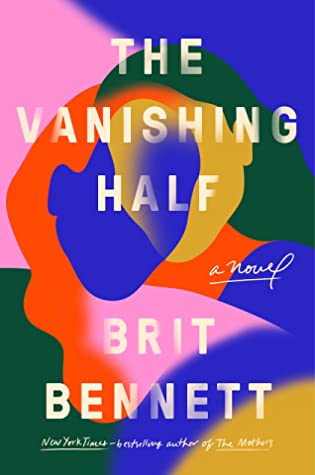 “From The New York Times -bestselling author of The Mothers , a stunning new novel about twin sisters, inseparable as children, who ultimately choose to live in two very different worlds, one black and one white.

The Vignes twin sisters will always be identical. But after growing up together in a small, southern black community and running away at age sixteen, it’s not just the shape of their daily lives that is different as adults, it’s everything: their families, their communities, their racial identities. Ten years later, one sister lives with her black daughter in the same southern town she once tried to escape. The other secretly passes for white, and her white husband knows nothing of her past. Still, even separated by so many miles and just as many lies, the fates of the twins remain intertwined. What will happen to the next generation, when their own daughters’ storylines intersect?

Weaving together multiple strands and generations of this family, from the Deep South to California, from the 1950s to the 1990s, Brit Bennett produces a story that is at once a riveting, emotional family story and a brilliant exploration of the American history of passing. Looking well beyond issues of race, The Vanishing Half considers the lasting influence of the past as it shapes a person’s decisions, desires, and expectations, and explores some of the multiple reasons and realms in which people sometimes feel pulled to live as something other than their origins.

As with her New York Times-bestselling debut The Mothers, Brit Bennett offers an engrossing page-turner about family and relationships that is immersive and provocative, compassionate and wise.”

“All there was to being white was acting like you were.”

I have been hearing about “ The Vanishing Half” for some time now. Even though it is not in a typical genre that I would rush to check out, something just drew me to this book. On a whim, I decided to read it and I am so glad that I did.

At first, I was a little taken aback by the alternating timelines and scenes that wove between past and present and back again, sometimes very abruptly and without warning. I quickly fell into step with Brit Bennett’s amazing storytelling and did not want the book to end. This is not just Desiree and Stella’s story. It is also Jude and Kennedy’s. I loved the various point of views. The characters came alive and were very well developed. Each character in this story served as a  piece of a puzzle and it was so enthralling to sit back and watch the pieces fall into place.  Stella was a character that infuriated me, but I also pitied her at the same time. Colorism has been a huge issue in the Black community for quite some time. “Passing” is not unheard of. “The Vanishing Half” puts these issues straight to the forefront. It was truly thought-provoking, emotional, and poignant.  I would definitely recommend. I look forward to reading more from Brit Bennett in the future.

View all posts by therantingsofabookaddict

5 thoughts on “Review: “The Vanishing Half” by Brit Bennett”

Follow The Rantings of a Book Addict on WordPress.com